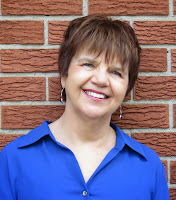 “Show, don’t tell” is one of the most important concepts for aspiring fiction writers to grasp, and often one of the most difficult to master. It’s about showing a scene in real time, with actions and dialogue, instead of telling your readers what happened after the fact. Done well, this technique brings the scene alive and puts the readers right there, inside your character, experiencing his fear along with him, feeling the sweat on his brow and his adrenaline racing, their pulse quickening right along with his, muscles tensed, ready to leap into action.

Until this concept is pointed out to them, a common mistake among newbie fiction writers is to describe or narrate (tell) events as if they took place at some point in the past, instead of putting the reader right in the middle of the action and showing the events as they occur, along with the characters’ actions, reactions, feelings, and actual words (direct dialogue).

To clarify what is meant by “show, don’t tell,” think of it this way: Which would you rather do, go see a great movie in a theatre with a big screen and surround sound (“show”), or hear about the movie from someone else afterward (“tell”)? That’s the difference we’re talking about here.

According to Ingermanson and Economy, “Showing means presenting the story to the reader using sensory information. The reader wants to see the story, hear it, smell it, feel it, and taste it, all the while experiencing the thoughts and feelings of a living, breathing character. Telling means summarizing the story for the reader in a way that skips past the sensory information and goes straight to the facts.”

Janet Evanovich considers “show, don’t tell” to be one of the most important principles of fiction: “Instead of stating a situation flat out, you want to let the reader discover what you're trying to say by watching a character in action and by listening to his dialogue. Showing brings your characters to life.”

Shelly Thacker points out, “Readers of popular fiction don’t want to experience the events of your novel at a distance; they want to FEEL what’s happening. They want to laugh, cry, hope, worry.” Shelly advises, “Strive for more dialogue than narrative. … Narrative tends to slow things down and usually leads to telling instead of showing…. Showing with action and dialogue creates vivid characters and a fast pace; telling only bogs down your story.”

Also, the bulk of the scene needs to be about a conflict of some kind between characters. No conflict = no scene. According to Jack Bickham, the conflict part of the scene “draws readers out through a moment-by-moment drama, extending the scene suspense with pleasurable agony.”

Of course, you can’t show everything, or your book would be way too long, and it would tire your readers out – or worse, end up boring them. According to James Scott Bell, “Sometimes a writer tells as a shortcut, to move quickly to the meaty part of the story or scene. Showing is essentially about making scenes vivid. If you try to do it constantly, the parts that are supposed to stand out won’t, and your readers will get exhausted.”

The rule, says Bell, is “the more intense the moment, the more showing you do.” That’s the difference between scene and summary. You don’t want to describe every move your characters make at down times, or when going from one place to the other. That’s where you summarize or “tell,” to get them to the next important scene quickly, without a lot of boring detail.

The main thing to keep in mind is to never to tell the reader, after the fact (or have a character telling another character), about a critical scene. Instead, dramatize it in the here and now, with dialogue, action, and lots of sensory details to bring it to life for the reader.

Resources:
James Scott Bell, Revision and Self-Editing
Jack M. Bickham, The 38 Most Common Fiction Writing Mistakes (And How To Avoid Them)
Randy Ingermanson and Peter Economy, Writing Fiction for Dummies

Bio updated 2015:
Jodie Renner is a freelance fiction editor and the award-winning author of three craft-of-writing guides in her series An Editor’s Guide to Writing Compelling Fiction: Captivate Your Readers, Fire up Your Fiction, and Writing a Killer Thriller. She has also published two clickable time-saving e-resources to date: Quick Clicks: Spelling List and Quick Clicks: Word Usage. You can find Jodie at www.JodieRenner.com, www.JodieRennerEditing.com, at The Kill Zone blog alternate Mondays, and on Facebook, Twitter, and Google+.