Some Common Grammar Gaffes, Part I - who, that, which, and caps 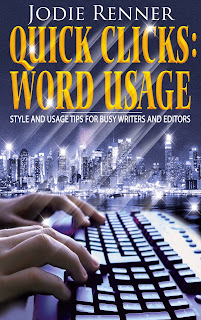 I don’t want to come off as some kind of “grammar gestapo” here, as the English language is in a constant state of flux, and that’s a good thing. Our language is always evolving and changing along with technological changes, changes in attitude, the influence of other cultures, street language, slang expressions, etc. That means the English language is vibrant, not stagnant, just as is our society. Language needs to keep up with changes to facilitate communication.
But it’s probably a good thing to try to have some degree of consistency and standards, so we don’t all sink to the lowest common denominator of texting-style, “fast-food” language. Plus there are still lots of literate readers out there, so it’s best to err on the side of correct accepted language, to keep the respect of the readers.
So here are a few common grammar blunders I see in both my editing and general reading, and some areas where even good writers sometimes goof. (All rules are per Chicago Manual of Style.)
WHO, THAT, WHICH:
“that” for “who”
–  “that” is for things; “who” is for people. I’m probably not the only one who winced a bit the first 100 times I heard Katy Perry’s great song, “The One That Got Away.” I even heard the radio announcer saying, “It should be ‘The One WHO Got Away,’ of course!”

Examples of correct usage:
The children who were playing ran in when it started to rain. The bikes and toys that were left outside got wet.
The boats that were in the harbor got tossed around in the storm.
The ladies who organized the church tea were surprised at the attendance.


“that” versus “which”
(This one’s directed at North Americans, as Brits use “which” where we use “that,” so they have their own rules.)
A quick way to remember whether to use “which” or “that” is that “which” always follows a comma, while “that” almost never follows a comma.
Or think of it this way: If the sentence doesn’t need the clause/phrase that comes after the word to make sense, use “which.” If what comes after the word is essential to the sentence, use “that.”
Here are a few examples to illustrate:
The library, which is on Main Street, has about 30,000 books.
The library that is on Main Street has about 30,000 books.
In the first sentence, the one with “which,” we don’t need the extra information that it’s on Main Street for the sentence to make sense, as there’s only one library, and it’s on Main Street.
In the second sentence, we need the “that” part, as that tells us we’re talking about the library on Main Street, not some other library in town. So what follows “that” is essential to the sentence.
Let’s look at another example:
The car, which was a Toyota, was badly crumpled in the accident.
The car that was a Toyota was badly crumpled in the accident.
The first sentence implies that there was only one car in the accident, and by the way, it was a Toyota. That’s nonessential information, so it’s enclosed in commas and introduced by “which.”
The second sentence tells us there was more than one car involved in the accident, and that the Toyota, unlike the others, was badly crumpled. The “that” clause gives us essential information.
So another way to look at it is “which” introduces nonessential info, and “that” introduces essential info.


Use caps for proper nouns but not for generic nouns:
the doctor, but Doctor Wilson; the president, but President Obama; the general, but General Eisenhower; the judge, but Judge Judy; the sergeant, but Sergeant Wilson; the prince, but Prince Charles; the police department, but the Chicago Police Department; the library, but New York Public Library, the hospital, but Toronto General Hospital.
But when you’re addressing the president, it’s “Mr. President,” and when you’re addressing anyone else with a title, you still use the capital, even if you don’t use their name, as in “Yes, Sergeant, I’ll do that right away.” Also, “Yes, Your Majesty.” And “No, Your Honor.”
But sir, ma’am, my lord, my lady, milady, etc. are not capitalized.

-          Family names: Capitalize family names like father, mother, etc. only when using them as a name, as in “Dad, can I borrow the car keys?” or “Where’s Mom?” or “Thanks, Grandma,” but no caps when just referring to family members, as in “my dad” or “your mother,” or “his grandmother.”

Jodie Renner is a freelance fiction editor and the award-winning author of three craft-of-writing guides in her series An Editor’s Guide to Writing Compelling Fiction: FIRE UP YOUR FICTION,  CAPTIVATE YOUR READERS, and WRITING A KILLER THRILLER, as well as two clickable time-saving e-resources, QUICK CLICKS: Spelling List and QUICK CLICKS: Word Usage. She has also organized two anthologies for charity: VOICES FROM THE VALLEYS – Stories and Poems about Life in BC’s Interior, and CHILDHOOD REGAINED – Stories of Hope for Asian Child Workers. Website: www.JodieRenner.com; blog: http://jodierennerediting.blogspot.com/; Facebook. Amazon Author Page.

Email ThisBlogThis!Share to TwitterShare to FacebookShare to Pinterest
Labels: capitalization, fiction, grammar, Jodie Renner, Jodie Renner Editing, that vs which, that vs. who, which vs that