“The first thing that makes a reader read a book is the characters.” – John Gardner


You can have a great premise and riveting plot, but if your characters are weak, boring, or undeveloped, your book will be quickly rejected by agents and acquisition editors. As Elizabeth Lyon points out, “Characterization is the bedrock of fiction and the reason most people read it. What endures in our hearts and minds over time is the heroes, heroines, and villains. Less often do we recall their plots. The fiction writer’s greatest challenge is character development.” (A Writer’s Guide to Fiction)

You should spend as much or more time on developing your characters as on creating an interesting plot. As Ingermanson and Economy so aptly put it, “If you want to write truly memorable fiction, your best bet is to start with a wonderful character, one who leaps off the page and into your reader’s mind. A great character feels completely real, with a past, a present, and a future….

Fiction writers spend enormous amounts of time developing and getting to know their characters, imagining complicated life histories and digging deep to find plausible motivations. This is not wasted time! If you don’t know your characters, then your readers won’t either.”
(Randy Ingermanson and Peter Economy, Writing Fiction for Dummies)

Unpublished authors very often have written a good story, but neglected to develop their characters sufficiently. Elizabeth Lyon tells us: “I have seen a nearly universal phenomenon in the manuscripts I work on: Almost every novel that is finished in the eyes of the writer still needs work on characterization. …the following components of characterization are frequently missing or underdeveloped: Backstory wound, universal need, personal yearning, strength and weakness….
It’s common for plotting to eclipse character development. Most published authors have gone back in revision to ‘layer it in’.”
(Elizabeth Lyon, Manuscript Makeover)

Your protagonist needs to be likeable, charismatic, and complex enough to be interesting. He/she needs emotional depth and a few flaws and insecurities. And he/she needs to be able to draw on inner strengths and resources to take on adversity and overcome odds. If your character is annoying, boring, too perfect, or a wimp, you’re dead in the water. –And don’t make your villains 100% evil, either!

Your main character can and should have a few faults, but overall, she needs to be sympathetic and likeable – not whiney, ditzy, cold, or annoying. Your reader wants to be able to identify immediately with your lead character. If the reader doesn’t care about your protagonist and what happens to him/her within the first few pages, she will put down the book and go on to another one. As James Scott Bell says, in fiction, “readers will respond only if they are connected, bonded in a way to the lead character.”

In his Revision Checklist section, James Scott Bell has these questions to ask yourself about your protagonist:

“Is my Lead worth following for a whole novel? Why? 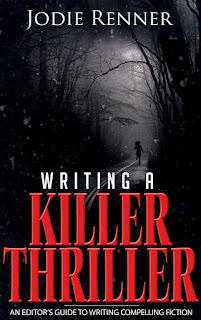 How can I make my Lead ‘jump off the page’ more?

Will readers bond with my Lead because he…
… cares for someone other than himself?
… is funny, irreverent, or a rebel with a cause?
… is competent at something?
… is an underdog facing long odds without giving up?
… has a dream or desire readers can relate to?
… has undeserved misfortune, but doesn’t whine about it?
… is in jeopardy or danger?”

Make sure your main character fits at least several of the above situations.

A perfect character is insufferable.

Don’t make your main character too good to be true. Nobody likes a "goody-goody two-shoes." As Mittelmark and Newman so aptly put it, “Perfect people are boring. Perfect people are obnoxious because they’re better than us. Perfect people are, above all, too good to be true.
“Protagonists should only be as nice as everyday people are in real life. Making them nicer than the average reader will earn the reader’s loathing, or make her laugh in disbelief.
“An unprincipled gold digger who gives twenty dollars to a beggar is enchanting. A crusading human rights lawyer who volunteers at an animal shelter and also pauses on his way to court to give twenty dollars to a beggar makes us gag.”

(Howard Mittelmark and Sandra Newman, How Not to Write a Novel)

To avoid flat, superficial characters, you need to create an interesting backstory for each of them, including their secret fears, insecurities, and desires, as well as their strengths and triumphs in life.

As Randy Ingermanson says, “Characters are the most important part of any novel, and the time you invest in designing them up front will pay off ten-fold when you start writing. For each of your major characters, take an hour and write a one-page summary sheet that tells:

It’s also important to get to know your character’s fears or insecurities, secrets, attitudes, quirks, talents, likes and dislikes.

Elizabeth Lyon gives some specific advice for deepening your characters:

“Diagnosis #1 [Problem]: Underdeveloped characterization that produces inadequate depth, dimensionality, believability, or interest; in other words, flat, boring characters.
Treatment#1: …Check and revise for these key areas of character development: a clear story yearning, a traumatic past and a near past; a prominent and heroic strength and primary weakness; a host of unique personality traits, habits, likes, dislikes, talents, hobbies, attitudes, and quirks; strong emotions and motives; fears and secrets, and one or several contradictions that can be explained.”

“Diagnosis #3: Insufficient relationship, chemistry, contrast, or conflict between characters.
Treatment #3: Increase the relatedness of your characters, and you raise the level of emotions and potential of conflict. Think Peyton Place, where everybody is involved in everybody else’s business….Make your characters essential in each other’s worlds.”

In addition, a sure-fire way to deepen your characters is to have them react more to events. Show how they’re feeling, through their words, actions, and body language. An emotionally flat character is boring.

“GRIT, WIT, AND IT.” – That’s James Scott Bell’s answer to the question “What makes a great Lead character?” Here are a few of his points about each of these essential attributes:

GRIT – “Let me lead off with the one unbreakable rule for major characters in fiction: No wimps!
A wimp is someone who just takes it. Who reacts (barely) rather than acts. While a character may start out as a wimp, very early on he must develop real grit. He must do something. He must have forward motion. Grit is guts in action.”

If your character starts out as a wimp, don’t go on for too long about it, or you’ll turn your readers off and they’ll put down the book in disgust. No one wants to read about someone with a million different phobias or who’s wallowing in self-pity or afraid to make a move to improve their life. As Bell says, “Know your character’s inner lion. What is it that will make her roar and fight? Bring that aspect to the surface early in your story and you won’t be hampered by the wimp factor.”

WIT – Wit can rescue a character from a moment that can become just maudlin self-pity, or be overly sentimental, almost sappy, and will enliven even a negative character. As Bell says,
“Find an instance when your character can gently make fun of himself. Work that into a scene early in the book. This makes for a great first impression on the reader.” Or
“Look closely at your dialogue and tweak some lines to lightly deflate moments that might be too sentimental.”

IT – “It” means “personal magnetism – sex appeal as well as a quality that invites admiration (or envy) among others. Someone who walks into a room and draws all the attention has ‘It’.” (Bell)
Bell gives several suggestions for making sure your lead character has “it”, including:
“Work into your novel an early scene where another character is drawn to your Lead character. This can be because of sex appeal, power, or fascination. It can be subtle or overt. But this will set It in the minds of the readers.”

And don’t forget to give your main character plenty of attitude!

“Fiction writers too often forget that interesting characters are almost always characters who are active—risk-takers—highly motivated toward a goal. Many a story has been wrecked at the outset because the writer chose to write about the wrong kind of person—a character of the type we sometimes call a wimp.”
(Jack M. Bickham, The 38 Most Common Fiction Writing Mistakes (And How to Avoid Them))

As Jessica Page Morrell says in her excellent book, Thanks, But This Isn’t For Us, in the chapter “Never Write About Wimps: Creating Potent and Memorable Characters”:

“Your characters can be neurotic or despicable, vain or shallow, but they must always be vivid, fascinating, and believable, and their actions, decisions, and motives must propel the story to an inevitable conclusion.

The biggest buzz kill a writer hears is when a reader pronounces that his protagonist is bland, boring, or predictable.”
“… to carry a story, a protagonist must be compelling and memorable.”

Morrell goes on to ask the question, Is your protagonist a Hero or Zero?

“Manuscripts that feature a wimp are easy to spot and, happily, easy to fix. Usually the writer simply doesn’t realize that his character is a dishrag type because he modeled the character after a real person or he doesn’t realize that fictional characters differ from us mere mortals.”
So don’t model your hero after someone you know. He needs to be stronger, braver, more resourceful and more intelligent. As Morrell puts it, “fictional characters venture into physical and emotional territory where most of us would fear to tread.”

In conclusion, make sure your protagonists aren’t boring, perfect, annoying, or wimpy. Give them charisma, flaws, likeable traits, and above-average moral and physical strength and inner resources.

Jodie Renner is a freelance fiction editor and the award-winning author of three craft-of-writing guides in her series An Editor’s Guide to Writing Compelling Fiction: Captivate Your Readers, Fire up Your Fiction, and Writing a Killer Thriller. She has also published two clickable time-saving e-resources to date: Quick Clicks: Spelling List and Quick Clicks: Word Usage. You can find Jodie at www.JodieRenner.com, www.JodieRennerEditing.com, at The Kill Zone blog alternate Mondays, and on Facebook, Twitter, and Google+.
Posted by Jodie Renner at 2:25 PM