POV 101: Get into Your Protagonist’s Head and Stay There (for most of your story) 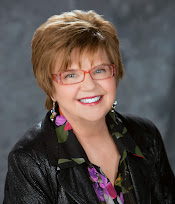 I’ve been editing fiction for years, and the most difficult concept for many of my aspiring author clients who write in third-person point of view (the most common POV in novels) is to portray their story world through the viewpoint / eyes / head of one character at a time, rather than hovering above them (omniscient POV) or ping-ponging back and forth between different characters’ viewpoints within a paragraph or scene (“head-hopping”).
Except for omniscient POV (the author talking directly to the readers), point of view or POV simply refers to the character through whose perspective the story events are told. Most of today’s novels are written in third-person POV, with the main character referred to as “he” or “she,” even though we’re seeing their world through their eyes. First-person POV, where the main character is telling their own story, using “I” and “me” is used occasionally and is very common in YA (young adult) fiction, often paired with present tense.

This post is about using close third person or deep point of view to bring your main character to life for the readers. Ideally, we should only see, hear, smell, feel, and experience events as that character would – with no additional information provided “from above” by the author. This closeness helps your readers get to know your viewpoint character intimately, which makes them start worrying about him or her – and that keeps them turning the pages!

A hundred years ago, novels were often told from a distant authorial point of view, hovering over everything. That omniscient POV is no longer popular today (except for historical sagas), and for good reason: Readers want to experience the events of the story vicariously through the viewpoint character, to immerse themselves in her world, and they can only do that if they’re “inside her skin,” so to speak. They know/feel her inner thoughts, insecurities, hopes, and fears, so they bond with her quickly and are eager to find out what’s going to happen to her next and how she’s going to handle it.

As the late, great Jack M. Bickham said, “You’ll never have problems with the technique of viewpoint again if you simply follow this advice:

“Figure out whose story it is. Get inside that character—and stay there.” 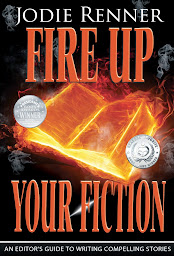 It’s especially important to open your book in your protagonist’s point of view, and stay there for at least the first chapter. This gives the reader a chance to figure out quickly whose story this is, and get to know him fast and start identifying with him and rooting for him.

Years ago I edited a novel in which a 15-year-old girl is riding in a car with her mother, who’s driving, and her 11-year-old brother in the backseat. (I’ve changed the details a bit.) The book starts out in the point of view of the mom, who is worried about uprooting her two kids and moving across the country, away from their friends. So we start empathizing with the mother, thinking it’s her story.

Then suddenly we’re in the head of the teenage girl beside her, who is deeply resentful at her mom for tearing her away from her friends and is agonizing over what lies ahead. Then, all within the first page, we switch to the head of the 11-year-old boy, who’s excited about the new adventure and wishes his sister would lighten up and quit hassling the mom. We’re also in his visual POV – he looks at his sister’s ponytail and considers yanking it. Now we’re confused. Whose story is this, anyway? Who are we supposed to be most identifying with and bonding with? Readers want to know this right away, so they can sit back and relax and enjoy the ride.

It’s essential to start out the story in your protagonist’s POV, but it’s also smart to tell most of your story from your main character’s viewpoint – at least 70 percent of it. That gets the reader deeper and deeper into that person’s psyche, so they get more and more invested in what’s happening to her.

As Bickham explains,
“I’m sure you realize why fiction is told from a viewpoint, a character inside the story. It’s because each of us lives our real life from a single viewpoint – our own – and none other, ever.”
Successful fiction writers want their story to be as convincing and lifelike as possible, so they write it like we experience real life: from one viewpoint (at a time) inside the action. 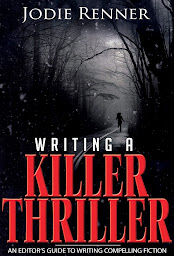 So if you want your lead character to come alive and matter to the reader, and your story to be compelling, it’s best to show most of the action from inside the head and heart of your protagonist.

Of course, thrillers often jump to the POV of the villain, to add suspense, worry, intrigue, and dimension. But give the bad guy his own scene, and make sure he’s not onstage more than the protagonist is!

And many romances have two main protagonists, the hero and heroine, but one usually predominates – most often the heroine, so the largely female readership can identify with her. But it's usually best not to be inside the head of both characters within the same scene. This can be confusing, even unsettling, to the readers and is difficult to pull off effectively. Nora Roberts is one of the few authors who seems to be able to manage this seamlessly.

In POV 102, I discuss “head-hopping,” which many new fiction writers do without realizing it and which is jarring and distracting to today's readers. In POV 103, I get into more detail on deep point of view, or close third-person POV.
Also, here are some Quick Tips on Avoiding Viewpoint Gaffes. 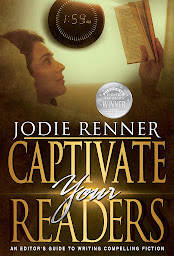 Jodie Renner is a freelance fiction editor and the award-winning author of three craft-of-writing guides in her series An Editor’s Guide to Writing Compelling Fiction: Captivate Your Readers, Fire up Your Fiction, and Writing a Killer Thriller. She has also published two clickable time-saving e-resources to date: Quick Clicks: Spelling List and Quick Clicks: Word Usage. You can find Jodie at www.JodieRenner.com, and on Facebook and Twitter.
Posted by Jodie Renner at 11:42 AM