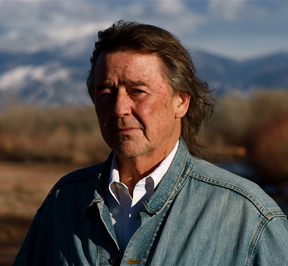 by Larry Seeley, Published Author and Guest Blogger
On January 28-30, 2011, I attended a Weekend Fiction Boot Camp in Ventura, California. The boot camp was advertised as “An intensive work and hone experience for serious writers who want to move out of classroom exercises and writing book prompts, and move into the world of writing professionalism. Not for the faint of heart.”

The weekend started off Friday evening with dinner and wine, then Toni and Shelly started the workshops by asking writers why they enrolled in the Writers’ Boot Camp and what they hoped to learn and accomplish over the weekend. Next, we talked about how to write a pitch for your book to attract an agent or a publisher. Basics, like how to distinguish narrative vs. dialogue and what makes up a scene were also covered that evening.

Each attendee submitted at least ten pages of a current project. Fourteen were fiction, and one non-fiction. The pages were emailed prior to the camp, and Toni and Shelly offered editing and comments. After Friday’s introductions and background, the next two days were spent critiquing the offerings. Toni read each selection aloud, the author not permitted to consult a printed version, but the others reading along. Once finished, she and Shelly went around the table and asked for comments. The results were amazing.

When you hear your words read back to you, a different perspective evolves. When other writers take the time to review your work and offer suggestions, it’s easy to see what you do well and where you stray. We noted our comments and returned the marked-up copies to their respective authors. Reading the comments on my writing sample was illuminating. When I came home and got back on my computer, I used many of the suggestions to rewrite several sections of my current novel based on what I learned at boot camp.

Toni and Shelly also offered various gems of wisdom regarding the art of writing. Both are qualified and have worked as editors and teachers. Shelly spent thirty-four years as an instructor in the Master of Professional Writing Program at USC and is an author and editor in his own right. Before founding Literary Management, Toni worked as an Executive Editor for Macmillan’s and St. Martin’s Press in New York, among others.

I should add that I’m prejudiced because Toni is my agent, and I have one published novel, Gypsies, Tramps, and Thieves, and a second, 17 Degrees North, almost finished. When we went around the table, and Shelly asked my occupation, I replied, “rewriter,” because that’s what you become when you set out on a path to write and publish fiction. I’m also grateful to Jodie Renner for her encouragement and professional editing.

The weekend proved rewarding and worthwhile. I recommend it to anyone who aspires to success in the writing field. If you’re already selling one hundred thousand books, forget it, but for those of us who still strive toward that goal, consider going.

One writing tip—if you feel you need to use an exclamation point, you haven’t written a good line of dialogue or a creative scene. Incorporate the excitement in what you put on paper, not with punctuation symbols (and don’t write another vampire story). 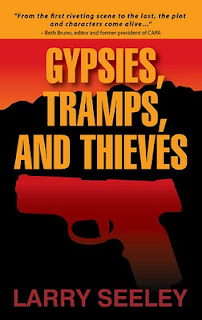 Larry Seeley is the author of two thrillers Gypsies, Tramps, and Thieves (published in 2010) and 17 Degrees North (coming out in 2011), which take place mainly in the southwestern states, mostly New Mexico. Larry is now at work on the third book in the series. Larry’s website is: www.larryseeley.com.